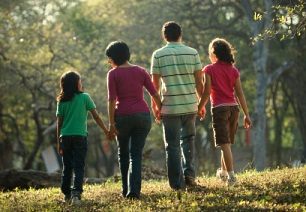 Your spouse or partner is offered the chance of a lifetime: an expenses-paid job transfer abroad, with all the possibilities and excitement of a fresh start in a fascinating new place. You’ll be able to explore, immerse yourself in a new culture, entertain envious friends who will flock to your exotic new location for a foreign vacation from a ‘local’s’ perspective.

In reality, being one part of a couple moving abroad can be a lot less glamorous than it may first seem. It can be frustrating, alienating and downright lonely. After all, there are so many things to plan before you go, include international health insurance, accommodation, schooling and the relocation process as a whole. If moving house is one of the most stressful things in life, what will moving country be like?

If you’re leaving behind a career or have a training or a degree, it might seem logical to seek work to normalize your new life. This can be a great way to settle in and find your place in your new country, but it can be easier said than done. More on this later.

Any expat will tell you the most important thing to do when you move is to get involved, whether it’s through volunteering, meeting people who share things in common (kids, hobbies, sports) or just meeting your neighbors. This might be difficult in a large city, especially if you don’t speak the language, but people will respect you if you make the effort, and generally will reciprocate.

Assuming you’re childless, don’t speak the local language and are likely to be left to your own devices while your other half is at work, where do you start?

Before you move ask everyone you know, including your employer, colleagues or your spouse’s work, if they can put you in touch with any groups or individuals who are located – or have lived previously – where you’re headed. Make an effort to follow up on these contacts, because at your most confused or lonely moments it will be a comfort to be able to talk to someone who has been through the same experience. Their tips will be invaluable and may save you making common mistakes.

In an article for The Chronicle of Higher Education, Rudolph Young said, “Learning a new culture can’t be done on the Internet: It comes with in-person practice.”

This is well worth remembering, as are a few other tips. Keep an open mind. Try not to judge your expat experience against what you’re used to. Get out there and make the most of it because even if you can’t wait to return home, your time abroad will teach you important lessons such as resilience, versatility and an expanded worldview.

Most major cities will have networks for expats, which can range from the niche (“Petroleum Women’s Club of Scotland”) to welcoming organizations for university alumni, members of certain religious groups or political alliances. Perhaps you wouldn’t have sought out your local Democrat, GOP or Green Party club at home, but it might be a place to start in your new location – not least because the members will have advice on pedestrian matters such as filing taxes.

For many husbands and wives who are following their spouse’s career at the expense of their own, the expatriate life can create unexpected pressure points. Finding your feet in a new country is difficult if you’ve left behind work you enjoyed, or that at least gave you purpose. Depending on how long you plan to stay in your adopted country you may seek work, but prepare yourself for it to be tough – really tough.

Most countries have a requirement, even if it’s unofficial, to give preference to native job-seekers. You’ll be in a better position if you possess specialist knowledge, experience or training that is sought after, such as advanced IT skills, but even in those circumstances you’ll need to seek the requisite visas or work permits.

Then it’s a matter of working out where to look – websites, recruiters or job centers, networking events – and how to approach potential employers. It’s important to have an understanding of the sometimes-subtle cultural nuances that mean the difference between landing a job and being effectively blacklisted. Everything from whether to shake hands, how to address employers of the opposite sex and other body language clues will be as important as appreciating that the job you left behind might be very different from one you end up doing in a foreign country.

Companies with long-established foreign operations are likely to have support and advice for the families who are along for the adventure, so look into what your spouse’s employer can offer. Is there any chance of work there? Can they suggest how you might go about settling in and seeking to further your education or practice your skills as an expat?

Personal resourcefulness can’t be overstated, either. Can you turn your experience into a freelance career as a writer, photographer, translator, language tutor, travel planner or some other area of self-employment? Do you have skills, such as accountancy or website design, that you could offer as a consultant? Could you start a blog or promote yourself on LinkedIn?

Finally, don’t underestimate the value of patience. It’s incredibly stressful to move house, let alone to move to another country and start from scratch, no matter how invested you are in the idea.

A New Zealander who relocated to London shared her experience with the website Expatwomen.com. Maria M. said, “Accept that there is going to be an adjustment period and then (sic) may mean you have to ‘tough it out’ for a while, to give the move a chance. It took us a year before we felt like we were settled in.”

But most of all, have fun. Enjoy the experience – you may never have this opportunity again.

Emily Buchanan is a writer and editor from the UK. She writes about the expat lifestyle for Escape Artists, Emirates 24/7 and the Huffington Post. For regular updates and chatter, follow her on Twitter: @mileychanbuna

Are you happy?
Scroll to top
X