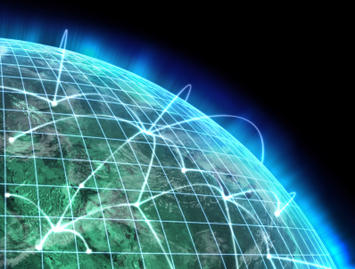 I’ve lived at some distance from family for two decades — and yet, we’re still very close. While we visit each other when we can, and talk regularly via telephone and Skype, we’ve also developed less common ways of keeping in touch. Here are four of them:

Not all interaction has to be about direct communication. Thanks to smartphones, social media and video game consoles, my family has brought childhood friendly rivalries into the 21st century. Whether we’re online playing cards, solving puzzles, slaying dragons or reminding each other of our long-standing trivia expertise areas, we’re spending time together.

Sharing in one place

Email is great, but it can also be overwhelming…or it can arrive at exactly the wrong time. And yet, my family often wants to share fantastic resources, interesting discussions, in-depth articles about our interests, and some genuinely hilarious videos. We’ve learned that for us, the best way to do this is to send items to a centrally accessible location, where we can each read at our leisure. There are many options for this that cater to all levels of online proficiency: Facebook groups, blogs, group texts and shared online spaces like Dropbox are just a few of them.

Watching movies and shows together

The only difference between doing this in person and online is that I can’t coax my sister into making my popcorn. Streaming video is readily available — and tools that support viewing it haven’t been far behind. Websites like Rabbit offer chat rooms where we can all gather to watch video being played by one of us. Some streaming services, such as EPIX, allow subscribers to invite non-users into a virtual screening room. These options are considerably easier than trying to coordinate when everyone needs to push “play!”

GPS apps aren’t always a good option for those who want to keep in touch, but they’ve worked well for my family. Last year, we gave each other access to our profiles in Find Friends for iPhone (Life360 for Android is a comparable app) while we were all traveling. We forgot to turn it off when the trip was over. Soon enough, we discovered GPS had other uses at wider ranges. My father saw that my daughter and I were both at her school one evening last week. He asked me to send pictures of her concert performance — which I might have otherwise forgotten to do. When he’s on his biking exercise route, I send him encouragement that he’ll read when he’s finished his ride. And when my sister and I see each other at our local grocery stores, we tell each other to get popcorn for our next movie watching session.

Do you know what Guanxi is?